Finland has been voted the happiest country on earth for the fourth time in a row – according to the latest World Happiness Report, which has just been published. When Finns talk about happiness, they talk about “onnelinnen” – and there seem to be more than enough of this in Finland. I explain three reasons that were particularly decisive in the Corona year here. There are also three ultimate tips for happiness!

Germany moved up ten places from 17th to 7th place. This time, the World Happiness Report was particularly exciting, because it was about finding out how the Corona pandemic has affected people’s happiness. In addition, the usual interviews in the individual countries could not be conducted in person.

For the fourth time in a row, the Finns are the happiest people on earth. No surprise in itself that Finland once again takes the top spot as the happiest country in the world, according to Gallup World Poll survey data. The Nordic country has always ranked very high when it comes to mutual trust, which helped protect lives and livelihoods during the pandemic.

First of all, I am very happy that Finland is now the happiest country in the world for the fourth time in a row – this immediately raises my personal happiness level 🙂 – But at the same time it is also surprising, as it was a very special – a particularly difficult year due to Corona – with many restrictions that do not necessarily increase the feeling of happiness.

I explained the main reasons in an interview on Antenne Deutschland today. Here is a short excerpt from it:

Three reasons in the Corona Year

Trust – on the one hand, the Finns have a lot of trust in each other, on the other hand, there is a historically grown basic trust in the government – that was incredibly important especially now in the year of the pandemic.
So the motto is: what the government says will be right.

Finland reacted very early and imposed a hard two-month lockdown right at the beginning of March and almost closed the borders. They certainly benefited from their location at the northernmost end of the EU – they were far away from countries with high incidences and death rates.

The trust is mutual. The state also trusts people to follow the new rules. For example, there is still no compulsory masking, only a recommendation. And that does something to people, because there is a difference between being forced to do something or being coerced under threat of punishment – and doing something voluntarily because the meaning and purpose is comprehensible.

As a result, you won’t find any anti-Corona demonstrations in Finland. Of course there are Corona deniers there too, but “lateral thinking protests” like in Germany tend to take place on the internet in Finland. And it is also clear that many Finns – as elsewhere – are fed up with the measures. Nevertheless, most of them keep their minds switched on.

2) Equal rights and equal opportunities – both are traditionally more pronounced in Finland than here – as can be seen from the fact that the current government under Sanna Marin is predominantly made up of young women. Read more here on the blog: International Women’s Day.

Just one example: every newborn receives a baby box from the state – with really everything it needs for a good start in life, from a romper suit to a sleeping bag. The Finns are convinced that everyone should have the same opportunities – and this continues at school and later at work. The language also contributes to this. In Finnish there is no distinction between “he” and “she” – read more in Finland gives the world a word: HÄN.

3 The fact that they are so happy is simply in their nature – quite literally. Finns spend an incredible amount of time outdoors – whether it’s summer or winter. And nature is never far away. After all, almost 70 percent of the country is forest – and then there are 188,000 lakes.

And so many Finns spend their summer in their holiday home (mökki) by the lake – celebrating the simple life: Picking berries, fishing, barbecuing, looking out over the lake, and in the evenings taking a sauna to really slow down and relax. Translated with www.DeepL.com/Translator (free version)

Happiness is somewhere between too much and too little.

What can we learn from the Finns?

Happiness, after all, is not only a rather fleeting but also a rather complicated matter – and in the happiness rankings, openness, prosperity, little corruption and freedom always play a major role. Finland has all that, and the Finns are perhaps more aware of it because of their history.
After all, they have only been independent for 100 years and in that time they have developed from a poor farming nation into a highly technical and highly educated country.
There is a saying in Finland that happiness is somewhere between too much and too little. So it’s always also a matter of measure – and expectation. Finns don’t expect so much and are happy with what they have. So in the end, happiness is also a question of attitude to life.

A little more modesty. Showing off is frowned upon in Finland and so there is also less envy. A study has shown that Finns hardly ever post pictures on Instagram that show their status, their wealth, but mainly nature shots, sunsets, beautiful reflections in the water and so on. So: just be happy with what you have.

Just read my book “111 reasons to love Finland” – you’ll find a lot of recipes for happiness there. And one of them is for sure: go out into nature – get some fresh air, switch off from everyday life, a nice walk in the woods for example can work wonders – and at the same time reduce your stress level – that’s what we know from research by now – without you having to do anything for it.

Sauna – just sweat, switch off and be. Just as you are. Everyone is the same. Finnish sauna culture was just named an intangible world heritage site by UNESCO in December. It is as much a part of Finnish DNA as sisu, pulla and kalsarikännit. Five letters for a whole way of life.

Get the message in a bottle

News straight to your inbox? Then subscribe to Tarja's blog Flaschenpost. Don't worry, no spam. And without any detours via social media or Mailchimp. And at no cost to you!

Tell it your friends 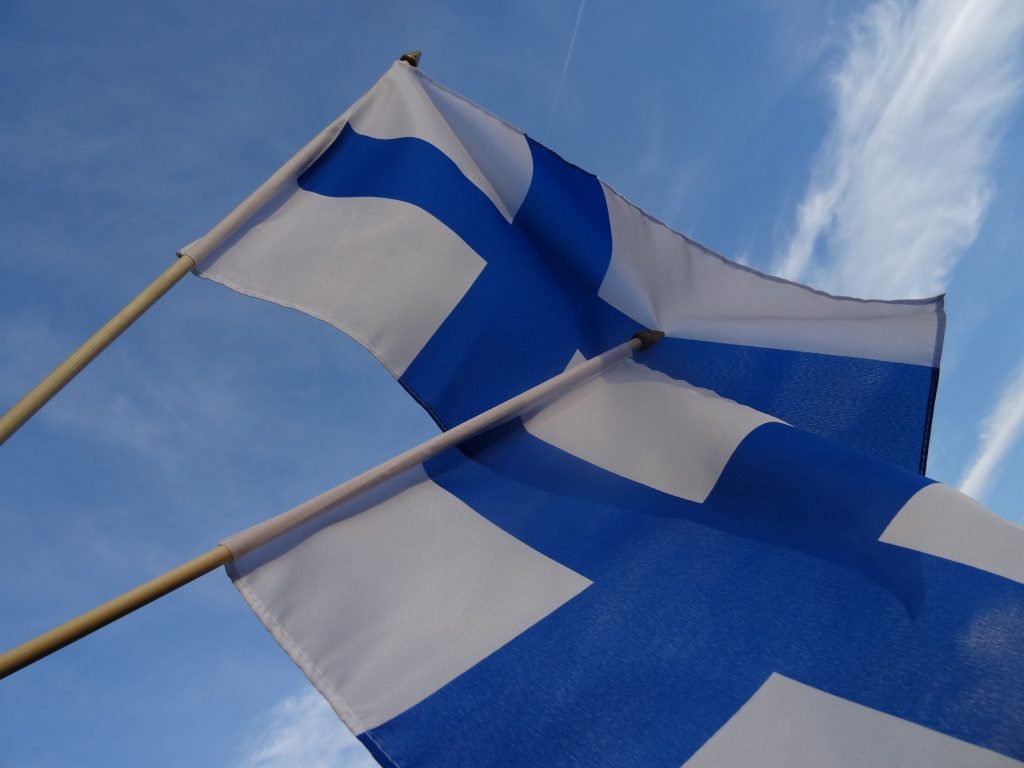 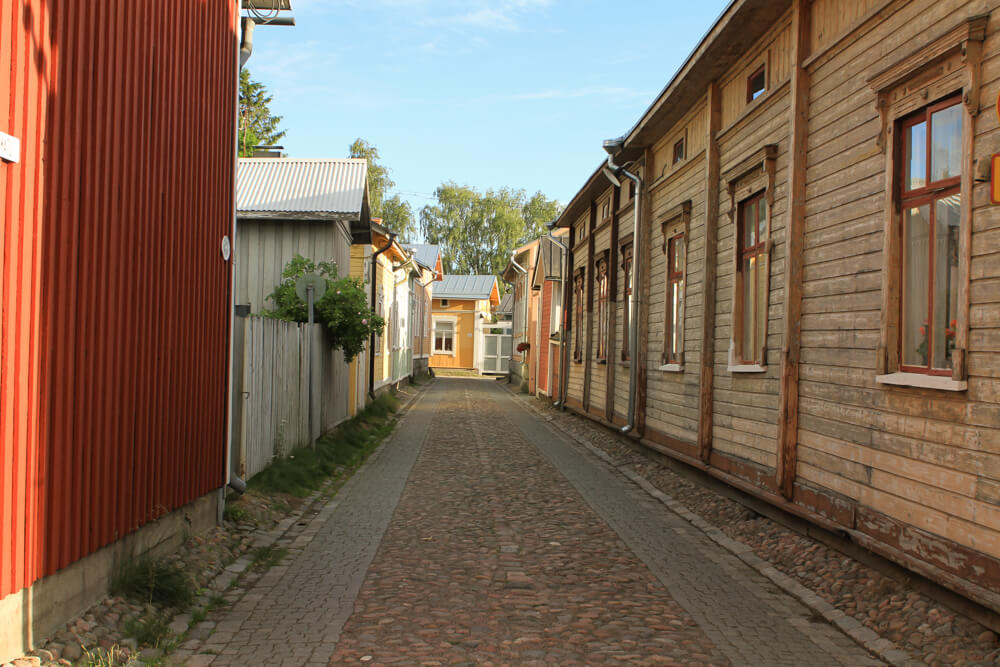 We use cookies for a good user experience, some are essential, others help us to optimise the content of the site. You can adjust the settings to your preferences at any time.
OKSettingsData protectionNever ever
Manage consent

This website uses cookies to improve your experience while you navigate through the website. Out of these, the cookies that are categorized as necessary are stored on your browser as they are essential for the working of basic functionalities of the website. We also use third-party cookies that help us analyze and understand how you use this website. These cookies will be stored in your browser only with your consent. You also have the option to opt-out of these cookies. But opting out of some of these cookies may affect your browsing experience.
Notwendige Cookies Always Enabled
Notwendige Cookies sind für das einwandfreie Funktionieren der Website absolut notwendig. Diese Kategorie umfasst nur Cookies, die grundlegende Funktionalitäten und Sicherheitsmerkmale der Website gewährleisten. Diese Cookies speichern keine persönlichen Informationen.
Nicht notwendige Cookies
Jegliche Cookies, die für das Funktionieren der Website möglicherweise nicht besonders notwendig sind und speziell dazu verwendet werden, persönliche Daten der Benutzer über Analysen, Anzeigen und andere eingebettete Inhalte zu sammeln, werden als nicht notwendige Cookies bezeichnet. Es ist zwingend erforderlich, die Zustimmung des Benutzers einzuholen, bevor diese Cookies auf Ihrer Website eingesetzt werden.
SAVE & ACCEPT
Scroll to Top
To change your privacy setting, e.g. granting or withdrawing consent, click here: Settings